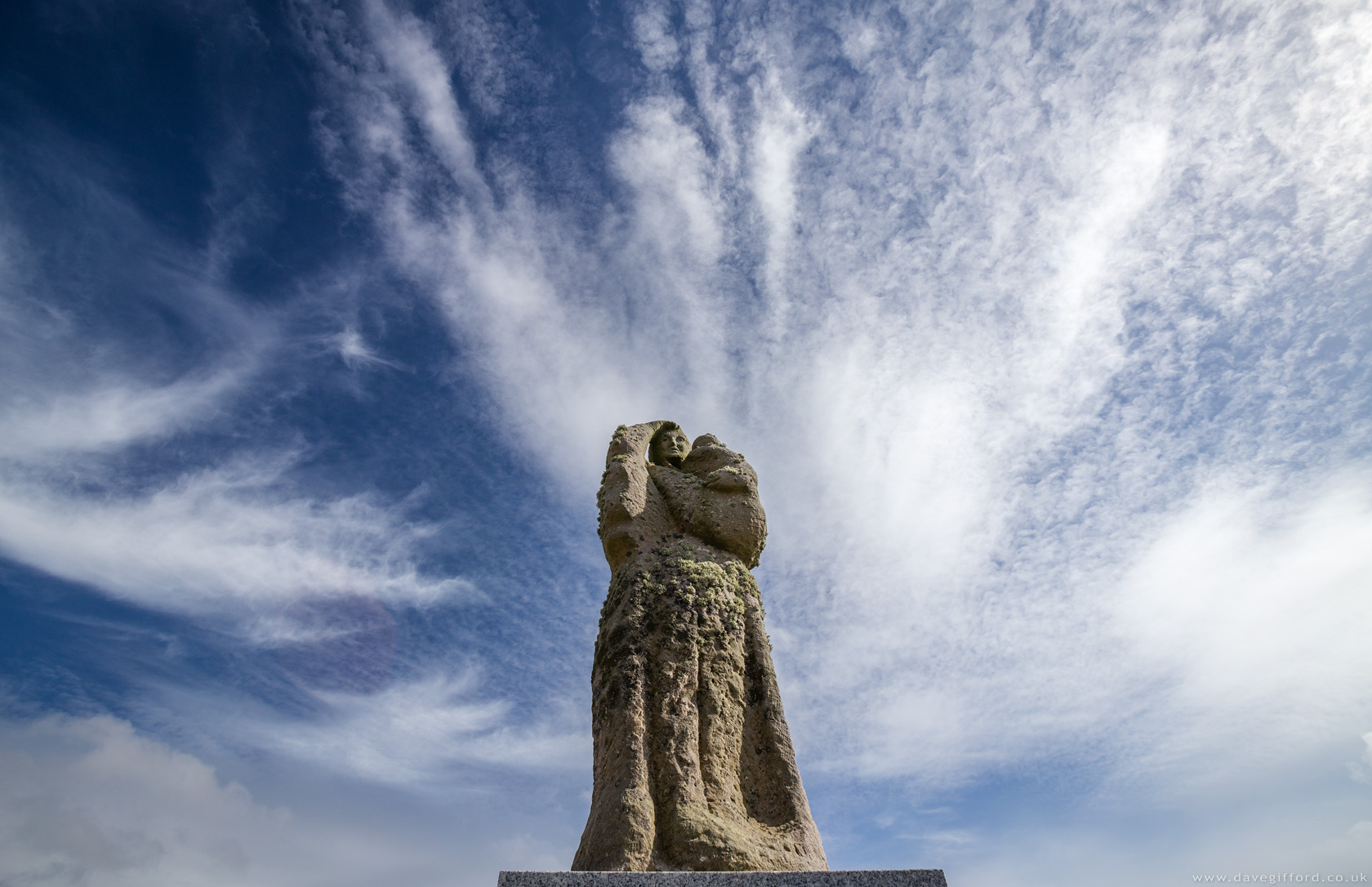 This statue at Gloup on the island of Yell depicts a woman looking out to sea with a child held in her arms. It was erected as a memorial in 1981, one hundred years after 58 fishermen were lost in a summer storm on 20/21st July 1881. The ‘Gloup Disaster’ left 34 widows and 85 orphans. 36 of the men lost were from the community of Gloup.

Ten boats were lost, mostly sixareens, relatively small open boats which would go over 40 miles out to sea to reach the ‘haaf’ (deep sea) fishing grounds.