A wildlife highlight last year was observing and photographing a group of four Hornemann's Arctic Redpoll on Unst in late November, thanks to Brydon Thomason (Shetland Nature) and Mike Pennington (Nature in Shetland). This high Arctic finch is a subspecies of Arctic Redpoll, with a breeding range in Greenland and the neighbouring islands at the far north of Canada. As I understand it, they're extremely rare to see in Britain other than in Shetland, and even here they're usually seen as single birds - the flocks of four or five together in Unst last year I think unprecedented for Britain. Here's a photo of the four birds I saw together: 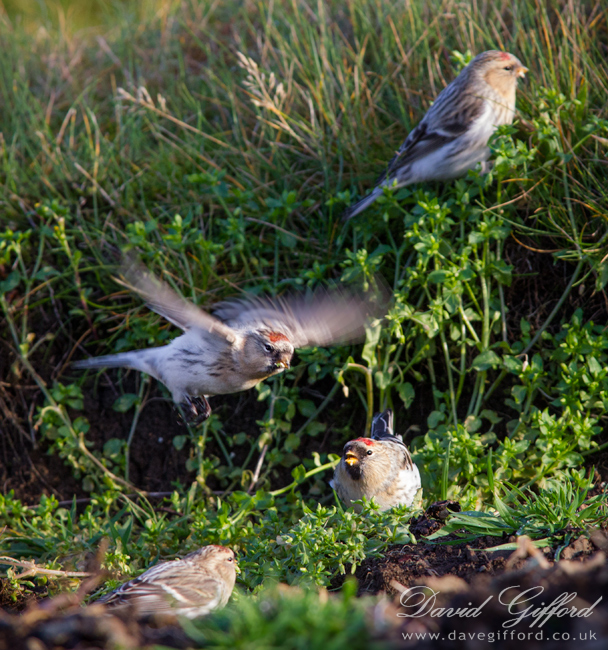